In 1966 Harley Davidson introduced a new top end for the FL Electra Glide Panhead that quickly got the nickname the Shovelhead. The Shovelhead was in all big twin Harleys from 1966 to 1985. The bottom end basically stayed the same other than some minor changes like the timing cover. This engine still had the generator setup and same transmission that was introduce in 1965. 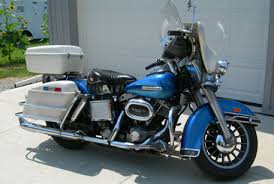 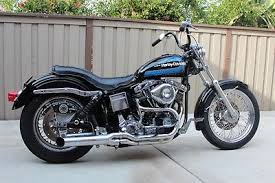 In 1970 the Shovelhead motor had a major change including new style cases, a nose cone timing cover and replacing the generator with an alternator. The transmission was changed adding a longer main shaft to compensate for the longer motor shaft that was added for the alternator. 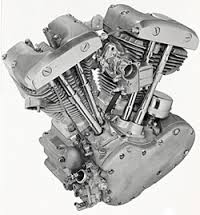 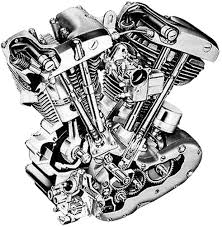 One of the big trends in the 70’s was to replace the Panhead top end with new and improved Shovel top end, I wish I would have saved some of those Panheads, they are worth a fortune.

Another huge change was the introductory of the FX Super Glide series where Harley finally trimmed down the bulky FL in 1971. They replaced the 41 mm wide glide front end with a Sportster 37 mm lighter fork. There was a version called the Night Train that had a fiberglass boat tail fender and rear section with a 66 Chevy tail light. It had a 2 into 1 exhaust similar to the one used on the police models. It is funny how many of the boat tails were taken off and replaced with a bobbed fender. I would like to have the ones I threw away today. This was a Kickstart only model until 1974 when the FXE electric start was introduced. 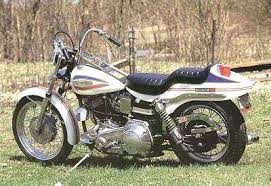 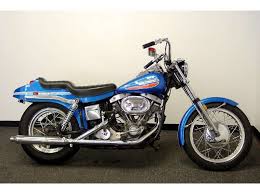 In 1970 there was also a slight change in the frame stepping up the riders seating position. Both the FL and the FX used the same motor, frame and transmission. 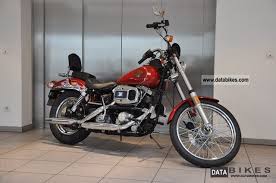 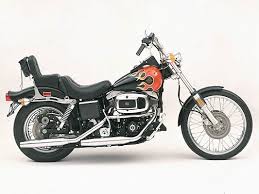 In 1973 Harley finally decided to improve the braking on the Big Twins by adding a kidney shaped disk brake set.

In 1977 the FXS Low Rider was introduced with a 32 degree rake, mag wheels and a dual disk front end, which became hugely popular.

Harley decided to catch up to catch up with the custom world and introduce the FXWG the Wide Glide. They added a stripped down version of the 41MM Wide Glide forks which we had been doing for years. The smart thing they did was kept the front fender taps on. We thought it would be real cool to machine the lower legs down and remove all the tabs, unfortunately after doing that we had no place to mount a fender or anchor a brake to. But they looked so cool with a 21 inch spool wheel, except in the rain or when we had to make a quick stop.

If you are looking for parts to repair, restore, customize your Harley Davidson Shovelhead check out our site ymphd.com or send me an email with your questions @ web@chopperscycle.com

We are offering a onetime grand opening special of 10% off all products on the chopperscycle.com site. Please use this discount code "THANKYOU"